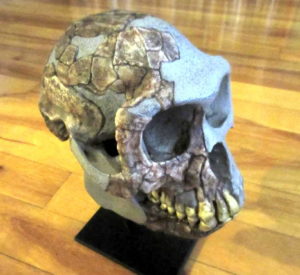 PetraSapiens is a small organization founded in 2006 whose purpose is to promote Earth, Planetary, and Environmental Sciences to kids and the general population. Its main activities are lectures and workshops on topics such as dinosaurs, the evolution of life, the evolution of Man, the mineral world, the planets of the solar system, the planet Mars, climate change, waste characterization, recycling, etc.
During our 10 years of activity, they have now given about 1350 presentations to about 35000 people in numerous schools and science festivals all over the Quebec province from Montreal to as far as Lac St. Jean, Fermont and Schefferville. For the 2014-2015 season, 136 activities were given to 3420 students in 54 schools. For the 2015-2016 season, it is 114 activities that were given to 2756 students in
40 schools. 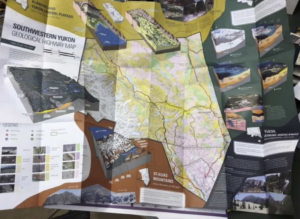 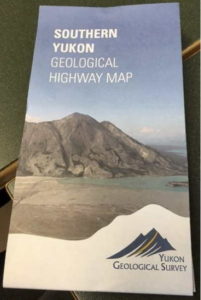 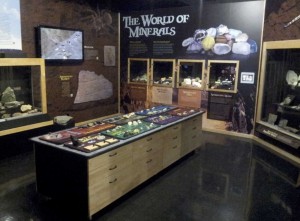  In May of 2014 the Quartermain Earth Science Centre and Department of Earth Sciences at UNB approved the addition of a new exhibit inside the Quartermain museum. The World of Minerals Exhibit includes two interactive series of displays exploring 1) mineral properties and 2) optical mineralogy. The first part of the exhibit (mineral properties) was opened to the public in September 2015. Located just inside the Quartermain Museum, visitors see a stunning mural behind a series of interactive displays embedded on a custom designed cabinet with a colourful textured surface and several interactive displays showing each mineral property. Inside the cabinet are numerous drawers with hands-on mobile games that compliment the tabletop displays. Side display cases show beautiful specimens from the silicate, non-silicate, non-silicate ore and radioactive groups of minerals. 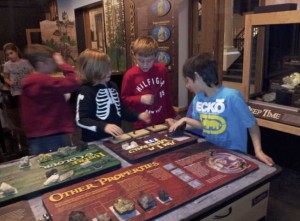 The Quartermain Museum celebrated the completion of the first half of the World of Minerals exhibits by September 10th with a “ribbon-cutting” soft launch on September 18th, 2015. After a short welcome and opening speech greatly thanking CGF and those involved with the design and building of the displays, students, faculty and staff enjoyed interacting with the new addition to the museum. Comments such as “very interactive”, “a fantastic fresh new addition to the museum”, and “this will help me learn – can’t wait to see more!” were well received.
  Since the launch just under 600 students (~60 educators) and over 500 visitors have interacted with the new display. In general younger students are attracted to the “Am I a Mineral”, “Other Properties” and “Specific Gravity” tabletop displays as well as the mineral games available on the tablet. Older students and adults spend more time with the information on mineral properties and groups, and enjoy the variety of unique specimens. Mostly visiting families and undergraduate students have independently played the mineral games available in the cabinet drawers. The displays and games have also purposefully been used to compliment undergraduate studies within the department. Most pleasing was to witness on several occasions undergraduate science, forestry and geoengineering students bring non-Earth Science/engineering friends and relatives to the museum, providing educated tours of the minerals displays.

The Canadian Geological Foundation provided a multi-year grant (14-20) committed from 2014 – 2016 to support the costs associated with the delivery of EdGEO Workshops across Canada. During the period from January 2014 through May 2015, 9 EdGEO workshops were delivered to a total of 204 teachers, held in Ontario, Nova Scotia, New Brunswick, Alberta, BC and the Yukon.

* These funds were held in trust by CGF.

*** This grant is awarded by the Geological Association of Canada from the GAC Endowment Fund. 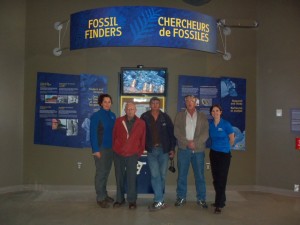 CGF has provided two grants to the Joggins Fossil Institute for their project entitled “Joggins Fossil Cliffs Fossil Finders Exhibit”. The awards were made from the Jérôme H. Remick III Endowment Trust Fund. The exhibit was recently opened We had over 50 people in attendance. The local elementary school (grades 5-6) came with their teacher to find new fossils to populate the exhibit. The Reid family (long-time local fossil finders and JFI “Keepers of the Cliffs”) are shown in the photo in front of part of the new exhibit space.

PetraSapiens is a small organization founded in 2006 whose purpose is to promote Earth, Planetary, and Environmental Sciences to kids and the general population. Its main activities are lectures and workshops on topics such as dinosaurs, the evolution of life, the evolution of Man, the mineral world, Earth, the planets of the solar system, the planet Mars, climate change, waste characterization, recycling, etc During our 9 years of activity, we have now given about 1100 presentations to about 33000 people in numerous schools and science festivals all over the Quebec province from Montreal to as far as Lac St. Jean, Fermont and Schefferville.

We have always received very positive feedbacks from kids and teachers. Actually, many teachers have requested us not only to come back to their class for other presentations in the same year, but to come back also year after year. After our presentations, it is also pretty common to hear kids telling us that they want to become either a geologist or a paleontologist when they will be grown up. Some teachers even told us that they are quite surprised to see the sudden interest and implication of some difficult students during our lectures. Since 2008, PetraSapiens has obtained numerous grants from the Canadian Geological Foundation, which allowed us to purchase materials to complete some of our activities. Here’s a short summary on how all this CGF funding was used. 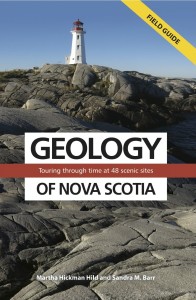 Grant 2013-9 supported the field collaborations that has led to the publication of the book “Geology of Nova Scotia”. This is a traveller’s guide to 48 sites of geologic interest in Nova Scotia. Maps, GPS waypoints, and travel directions make it easy for anyone to visit breathtaking, informative locations both on and off the beaten path. Together, these sites reveal the geological history of Nova Scotia. Colour photographs and accompanying descriptions capture the appeal and significance of the rocks at each site. The book is published by Boulder Publications and is available through on-line outlets as well as local book shops

A 2014 Grant supported the Britannia Mine Museum Mineralogy Program Enhancement. This display complements the ‘What is an Element?’ display in our Minerals Unearthed classroom, funded by the CGF in 2012. There are three sections within the surface display, each having students compare descriptions of two minerals and then identify the elements that they are composed of, using clues from the mineral descriptions. The minerals for comparison are:
• Halite and sylvite – with potassium, chlorine, silicon, sodium
• Ruby and spinel – with magnesium, aluminum, chromium, oxygen
• Galena and cinnabar – with copper, sulphur, lead, mercury 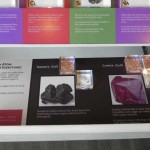 The elements are safely encased in acrylic resin and the blocks are free from the display meaning that students can lift them to examine closely. Beneath the surface display are three drawers. Each allows the students to take a closer look at the ratios of elements in minerals and how changing ratios changes the mineral. Those looked at are:
• Tenorite and cuprite
• Malachite and azurite
• Covellite and chalcocite
Like the surface display, the drawers comparing tenorite/curpite and covellite/chacocite contain the appropriate elements encased in resin. For these, the elements are in the correct ratios, e.g. tenorite has one oxygen and one copper block, whereas cuprite has one oxygen and two copper blocks. For the malachite and azurite drawer a specimen of each of the minerals was included to add variety to the display.
This display will be incorporated into the museum’s earth science school programs: 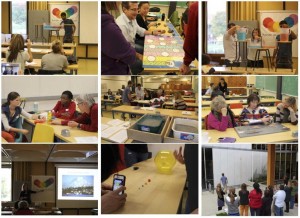 A Canada Geological Foundation Grant has helped support the Pacific Museum of Earth Teacher Training Program. They report:-
On October 24, 2014, the Pacific Museum of Earth hosted a 1-day teacher training workshop. We hosted 21 K-12 educators from the Lower Mainland for a day of Earth science lectures and activities. Workshop registration was free for teachers and the PME provided lunch as well as specimen kits, which contained a selection of rocks and minerals.
We plan to run our teacher training program annually as a means to forge stronger relationships with BC schoolteachers, introducing some to Earth Sciences for the first time and building upon past experiences for returning participants. Many K-12 teachers feel unprepared to teach this area of the science curriculum. In particular, teachers who come from an arts background are confused by the range and depth of the subject material and unsure how to present it in the classroom. In our workshop, we explored K-12 program requirements through presentations, hands-on activities and experiments. We linked each topic to the Prescribed Learning Outcomes as detailed in the BC curriculum.
Our workshop topics included:
• Stars and the solar system
• Rock identification
• Fossil identification
• Mineral identification
• Earthquakes and plate tectonics
• Volcanoes
Graduate students and instructors from the Department of Earth, Ocean and Atmospheric Sciences led 30 minutes presentations for each topic followed by a 20-30 minute hands on experiment or activity. We ordered a catered lunch for all of the teachers and instructors.
We evaluated the effectiveness of the workshop through an anonymous online questionnaire where teachers could provide feedback and suggestions for next year.
We appreciate the support provided by the Canadian Geological Foundation and would not have been able to successfully run these programs without it!